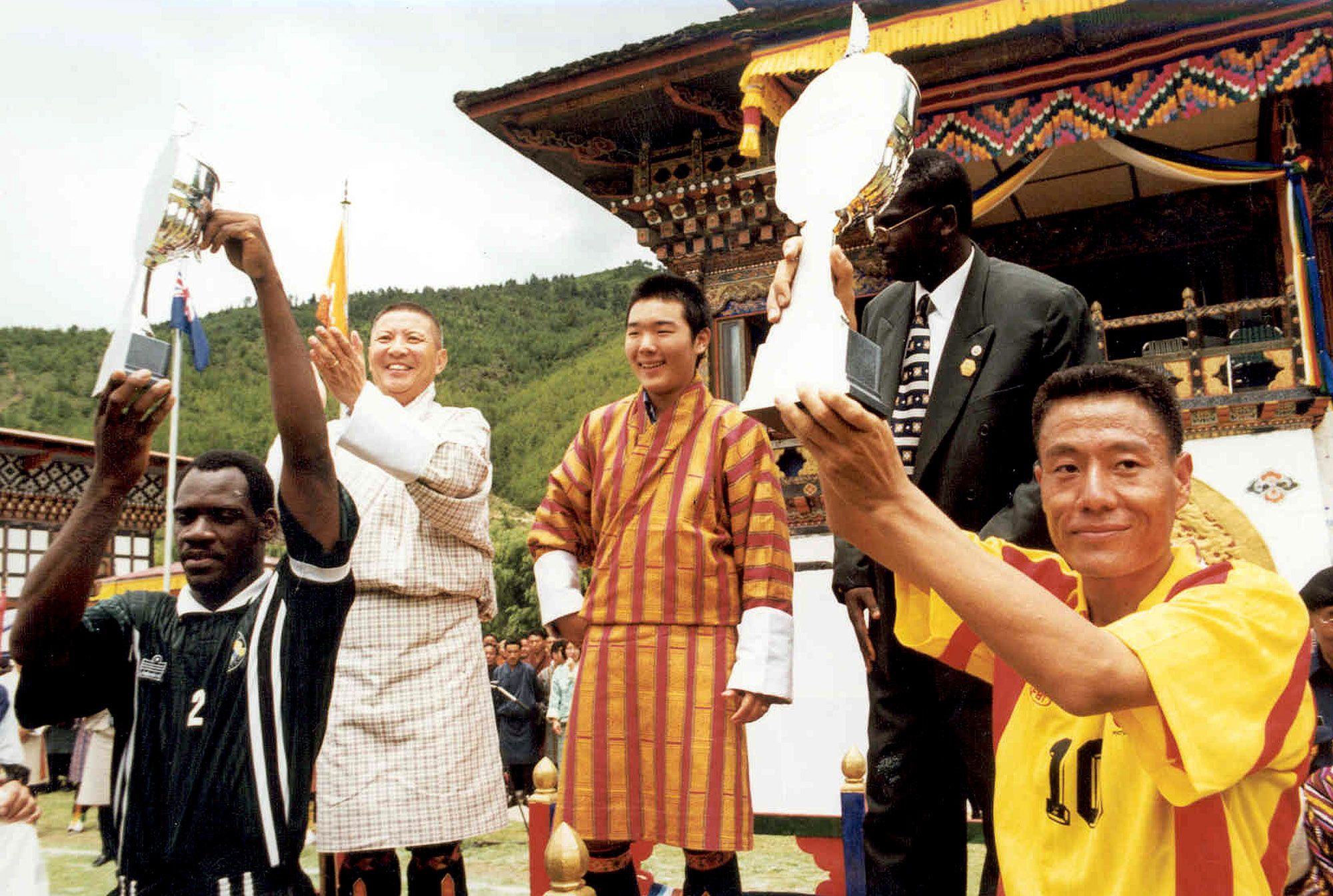 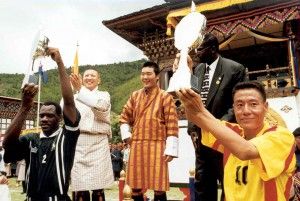 Captains from the Bhutanese, right, and Montserrat teams hold half a cup each after the «other final» was played between the worst soccer teams of the world in Thimphu, Bhutan, Sunday, June 30, 2002. Bhutan defeated Montserrat 4-0 just hours before Brazil and Germany played in Yokohama, Japan. (AP Photo/Kike del Olmo)