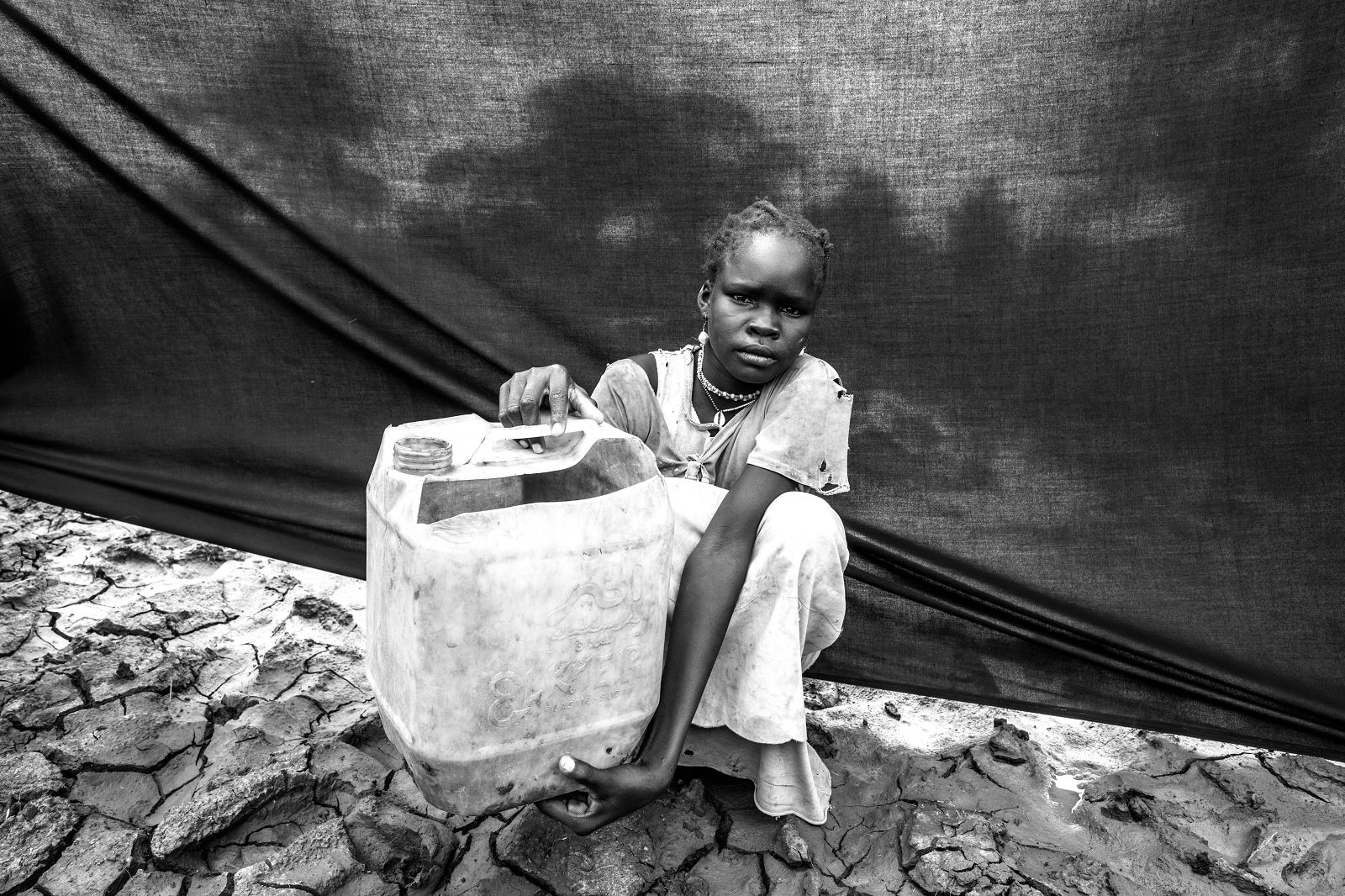 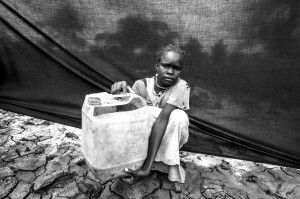 Four months before this photograph was taken, soldiers arrived in Maria’s village of Makaja, in Sudan’s Blue Nile State. In the middle of the night, they set fire to her house, burning it, and all the food inside, to the ground. The next day she set out, shoeless, for the South Sudanese border — a journey that would take her three months to complete. Along the way she suffered from Malaria, and at one point went five days without a meal.

The most important thing that Maria was able to bring with her is the water container (called a jerrican) that she holds in this photograph.

Note: Pictured refugees hold the most important single item which they carried with them from Blue Nile. The photographer’s intent is to follow up and complete a matching series in several months to see what the most important item in their new lives is.