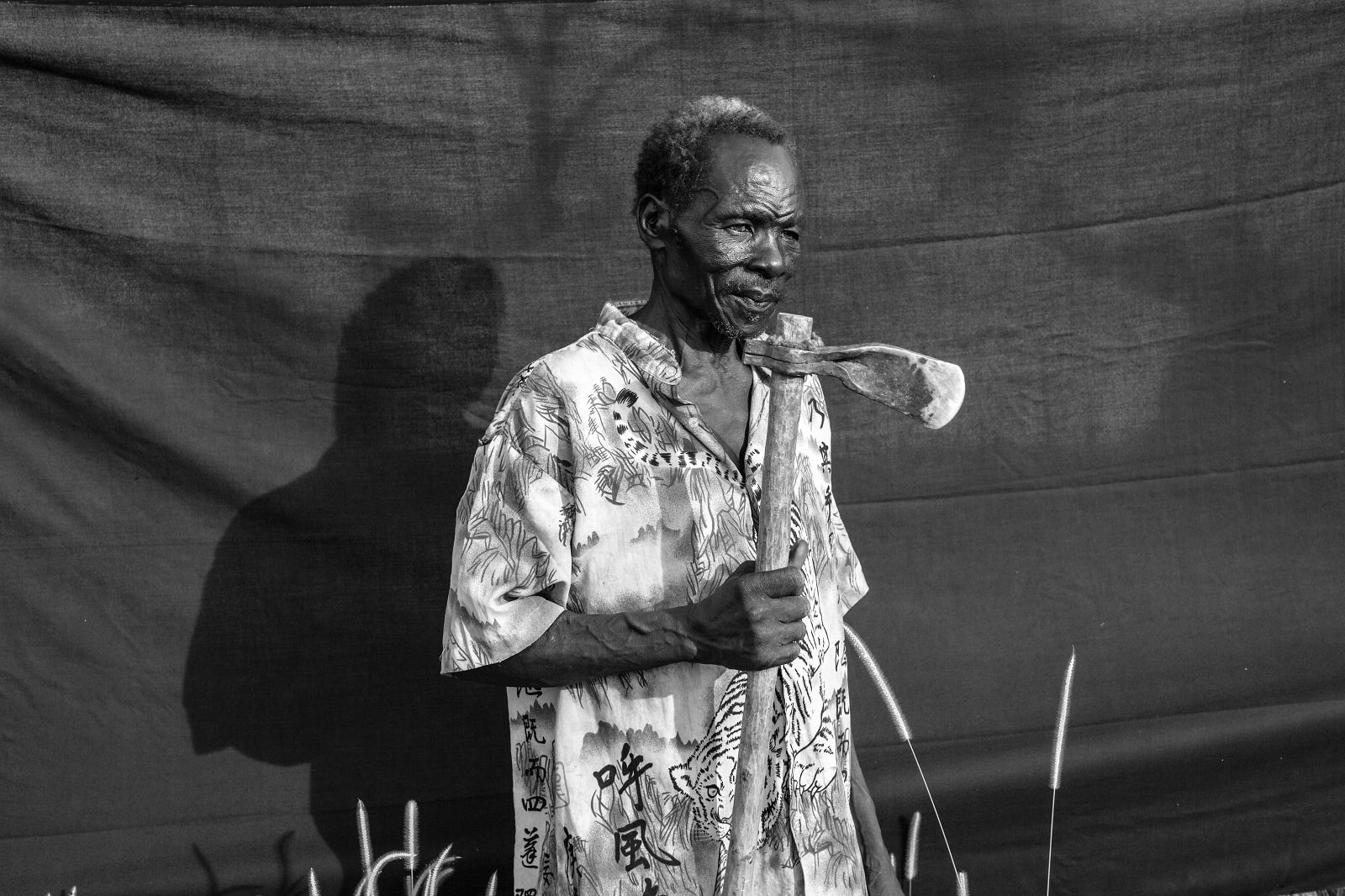 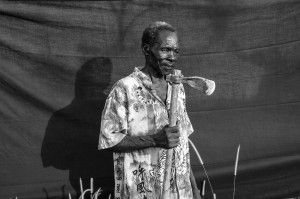 Omar Belu Garmut is unsure of his exact age, but believes himself to be between sixty and seventy years old. Here, he poses for a portrait in Jamam refugee camp in Maban County, South Sudan on August 11th, 2012.

Before fleeing from his village of Bofe, he was a farmer. He and his family weathered aerial bombing raids for several months, but decided it was time to leave their home and land when soldiers came to Bofe in the night and opened fire. With his two wives and 16 children, he travelled for 12 days from Bofe to the town of El Fudj, on the South Sudanese border.

The most important thing that Omar was able to bring with him is the axe he holds in this photograph. He used it to cut firewood for cooking, and to make small wooden structures where his family would sleep at night, and sometimes to rest for several days at a time, during their journey.

Note: Pictured refugees hold the most important single item which they carried with them from Blue Nile. The photographer’s intent is to follow up and complete a matching series in several months to see what the most important item in their new lives is.