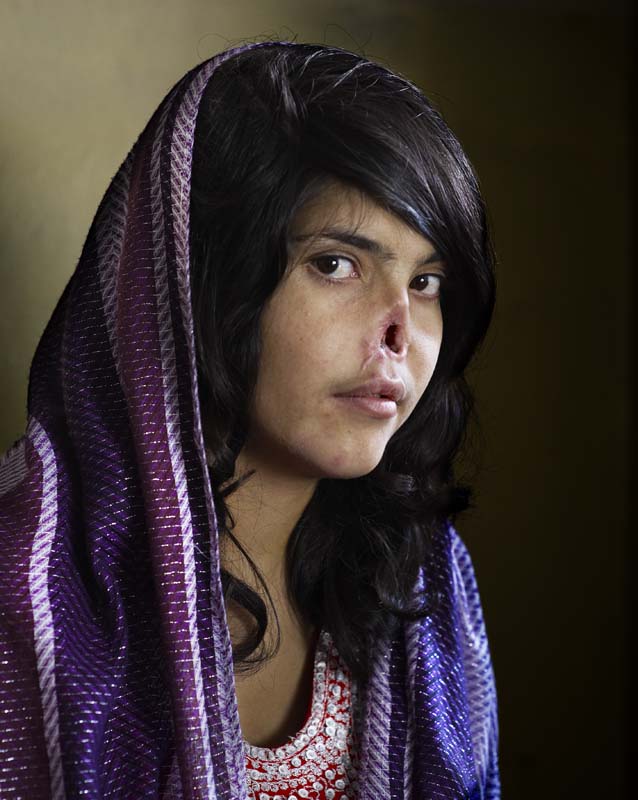 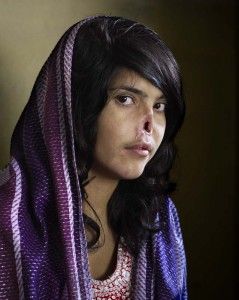 World Press Photo of the Year 2010
Jodi Bieber, South Africa, Institute for Artist Management for Time magazine
Bibi Aisha, an 18-year-old woman from Oruzgan province in Afghanistan, who fled back to her family home from her husbands house, complaining of violent treatment. The Taliban arrived one night, demanding Bibi be handed over to face justice. After a Taliban commander pronounced his verdict, Bibis brother-in-law held her down and her husband sliced off her ears and then cut off her nose. Bibi was abandoned, but later rescued by aid workers and the American military. After time in a womens refuge in Kabul, she was taken to America, where she received counseling and reconstructive surgery. Bibi Aisha now lives in the US.