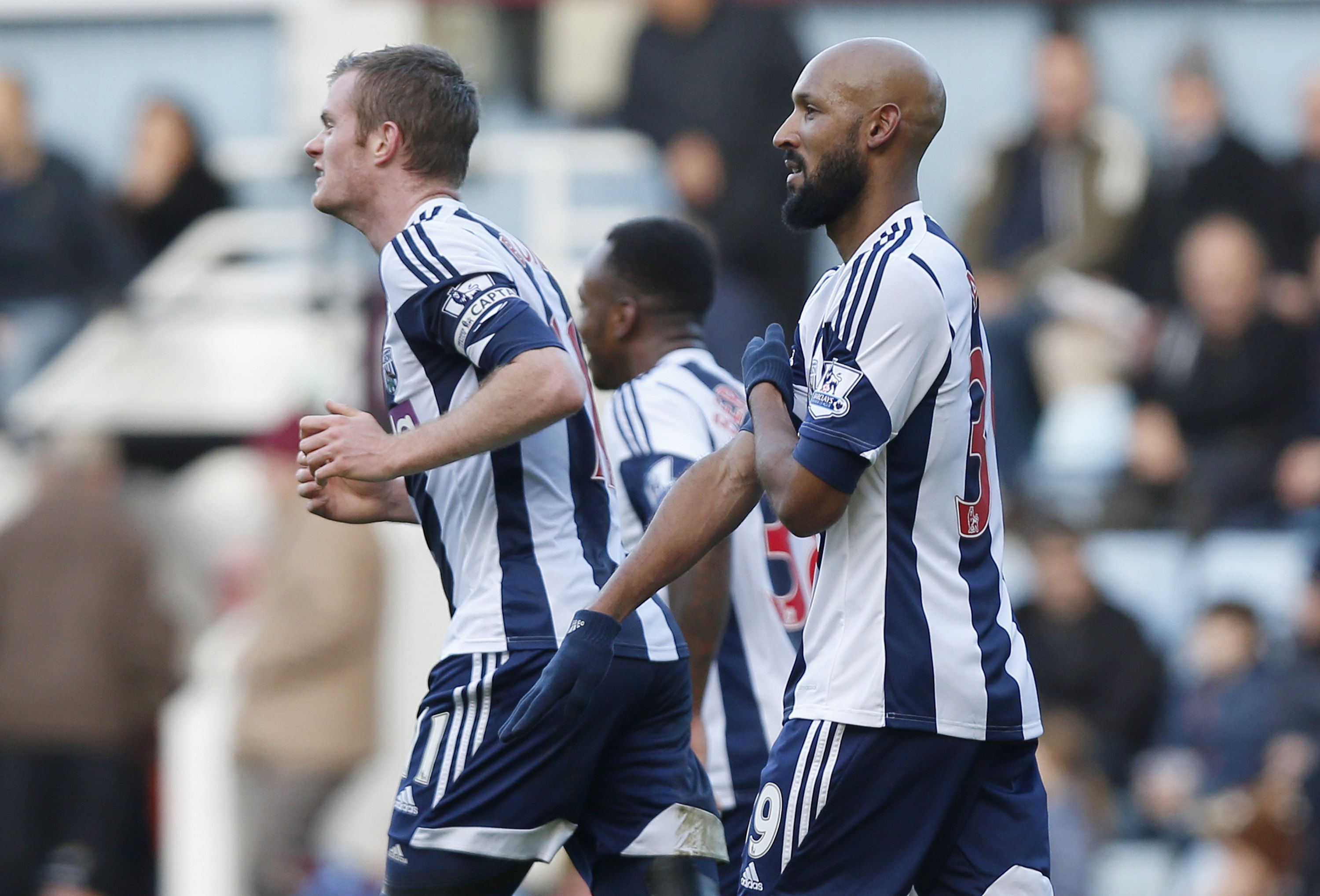 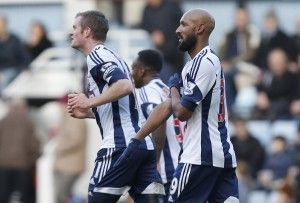 FILE – In this Dec. 28, 2013, file photo, West Bromwich Albion’s Nicolas Anelka, right, gestures as he celebrates his goal against West Ham United during their English Premier League soccer match at Upton Park, London. Time will tell whether the «hands-up» gesture that five St. Louis Rams made during pregame introductions on Sunday, Nov. 30, 2014, will leave a lasting memory or simply go down as a come-and-go moment in the age of the 24-hour news cycle. Either way, it certainly isn’t the first time high-profile athletes have used their platform to make political statements. (AP Photo/Sang Tan, File)