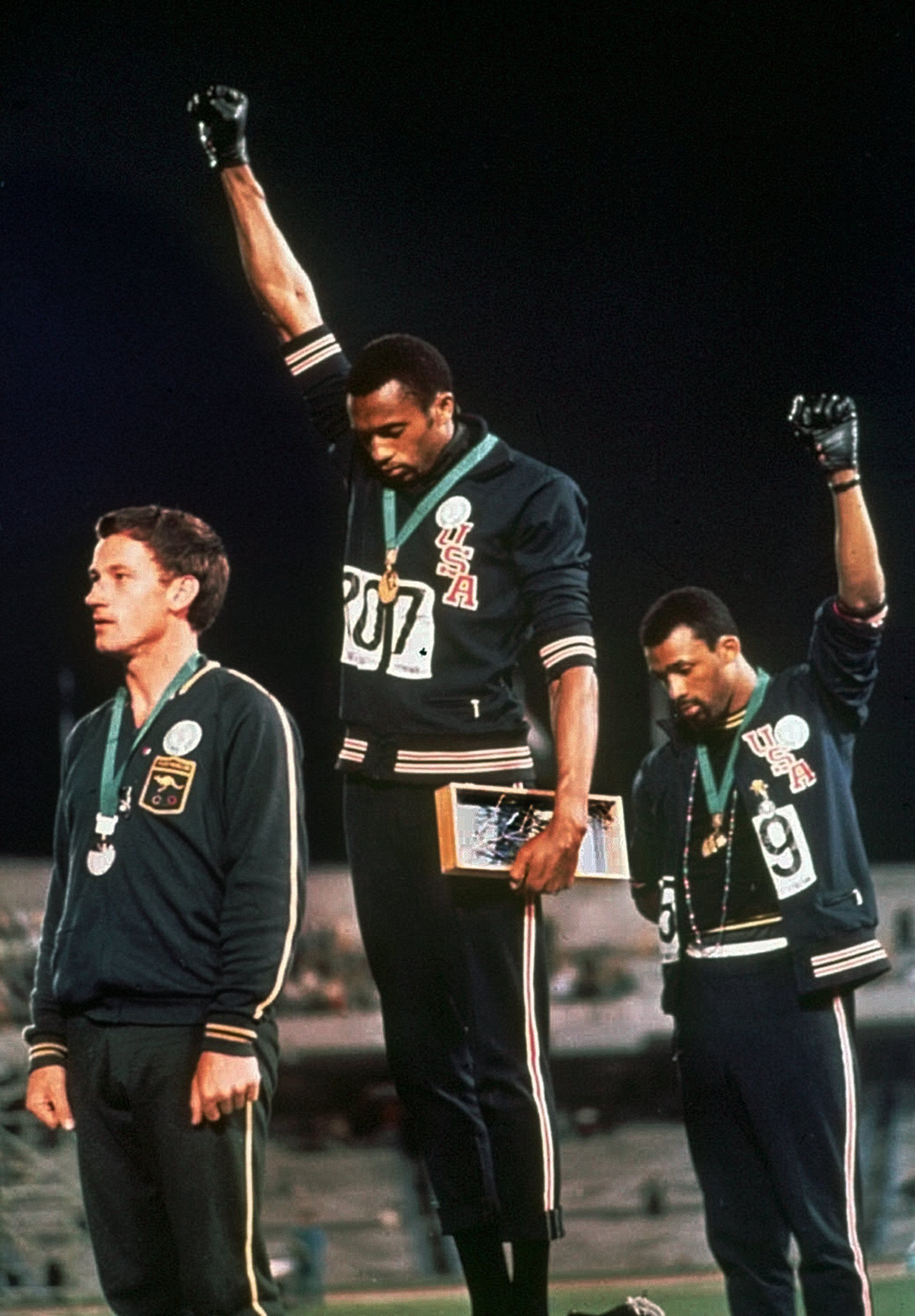 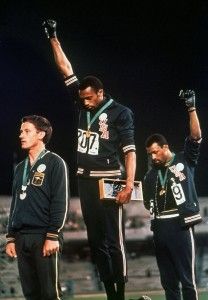 FILE – In this Oct. 16, 1968, file photo, U.S. athletes Tommie Smith, center, and John Carlos stare downward while gesturing skyward during the playing of the Star Spangled Banner after Smith received the gold and Carlos the bronze for the 200 meter run at the Summer Olympic Games in Mexico City. Australian silver medalist Peter Norman is at left. Time will tell whether the «hands-up» gesture that five St. Louis Rams made during pregame introductions on Sunday, Nov. 30, 2014, will leave a lasting memory or simply go down as a come-and-go moment in the age of the 24-hour news cycle. Either way, it certainly isn’t the first time high-profile athletes have used their platform to make political statements. (AP Photo/File)