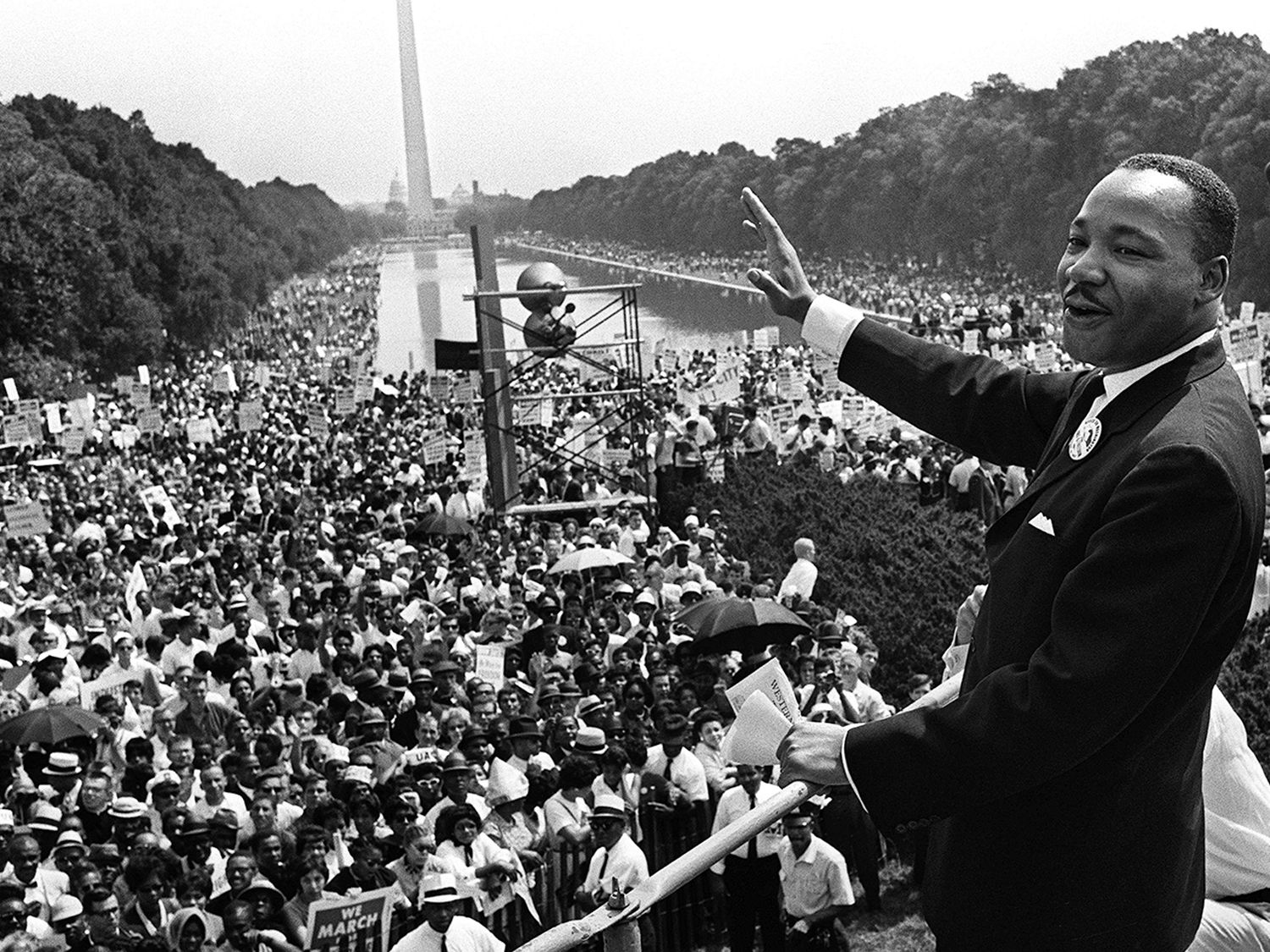 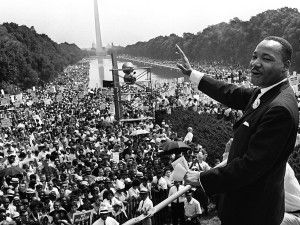 (FILES): This August 28, 1963 file photo shows US civil rights leader Martin Luther King (C) waving from the steps of the Lincoln Memorial to supporters on the Mall in Washington, DC, during the «March on Washington». US President Barack Obama will mark the 50th anniversary of Martin Luther King’s «I have a dream» speech by speaking from the same steps at the Lincoln Memorial in Washington. The August 28 event in the US capital will take place on the exact spot where King delivered his famous address on the same day in 1963. Obama, the first black US president, will speak about the half century that has passed since the «March on Washington for Jobs and Freedom,» which culminated with remarks by the Atlanta pastor and civil rights icon. In 1963 King spoke in front of 250,000 people, explaining his wish for better relations between black and white Americans. His words were engraved on the steps of the monument where he spoke. AFP PHOTO / Files-/AFP/Getty Images