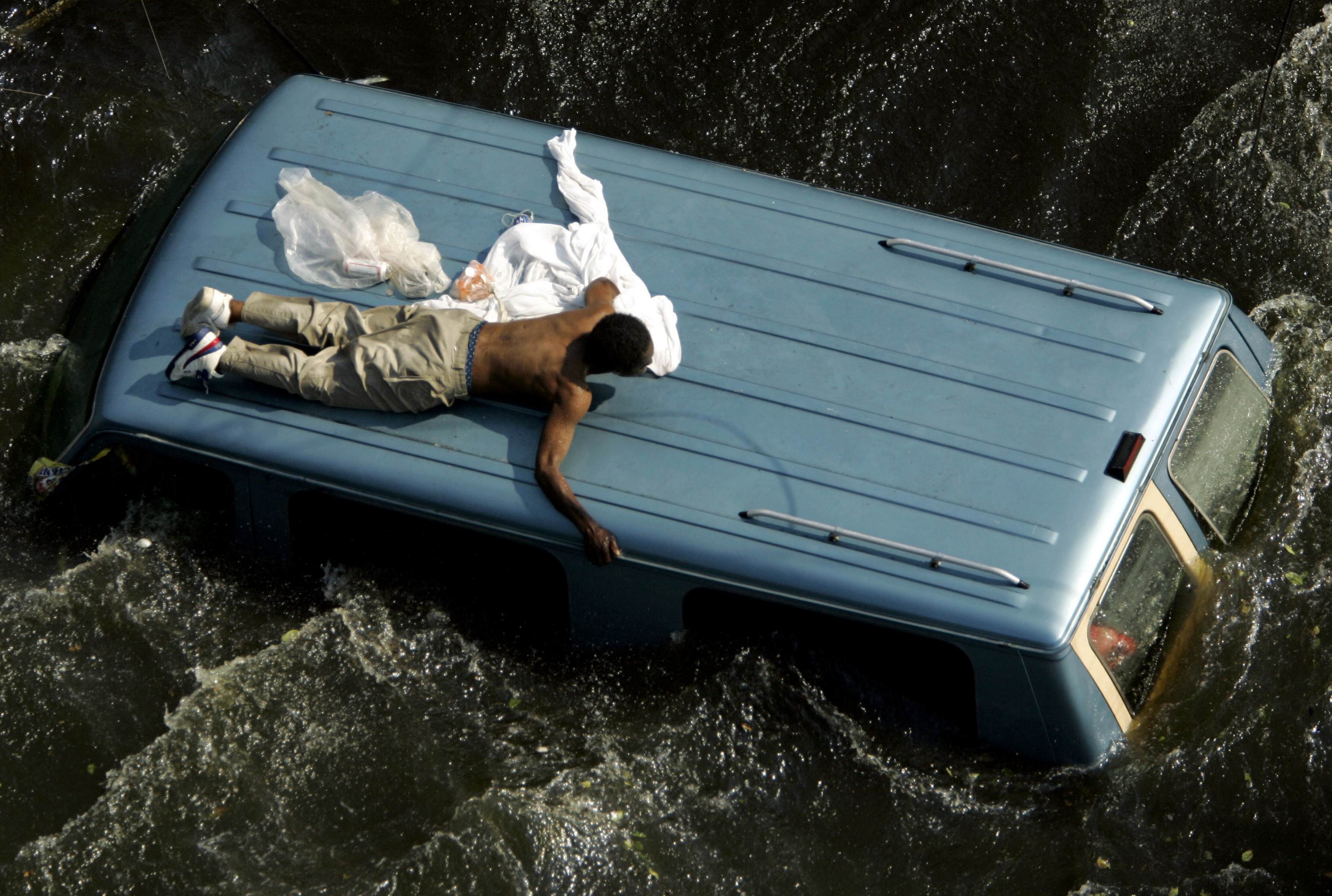 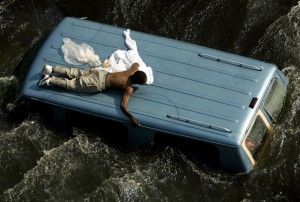 A man clings to the top of a vehicle before being rescued by the U.S. Coast Guard from the flooded streets of New Orleans, in the aftermath of Hurricane Katrina, in Louisiana in this September 4, 2005 file photo.

Unable to see anything other than the death and destruction visible through the open door, we began circling and descending and suddenly I saw a man, dressed in khakis, tennis shoes and shirtless, looking desperately toward us from the top of the van in rising flood water. With the helicopter rotating closer, he rolled to his side and clung to the top of the vehicle.

Moments later a rescue swimmer loaded him into a basket and he was raised into the helicopter. We then flew to Louis Armstrong Airport, where he was placed on a stretcher and provided medical attention.

It was odd to see someone, six days after the hurricane struck, sitting on top of the van, a tall can of Budweiser beer and a broom nearby, visible in other pictures that were filed. When he entered the helicopter, he asked of my camera «What’s that?»

The story had a major impact on me personally. I’ve covered many disasters – massive fires, floods, riots, earthquakes – but Hurricane Katrina was beyond category in what I had previously experienced. When I returned home I was in the process of moving, and didn’t watch television or connect my telephone for a couple of months. REUTERS/Robert Galbraith/Files (UNITED STATES – Tags: DISASTER TPX IMAGES OF THE DAY)