File photo of an ethnic Albanian woman feeding her baby as she and another 2,000 refugees walk up a muddy dirt track after they were allowed to enter Macedonia 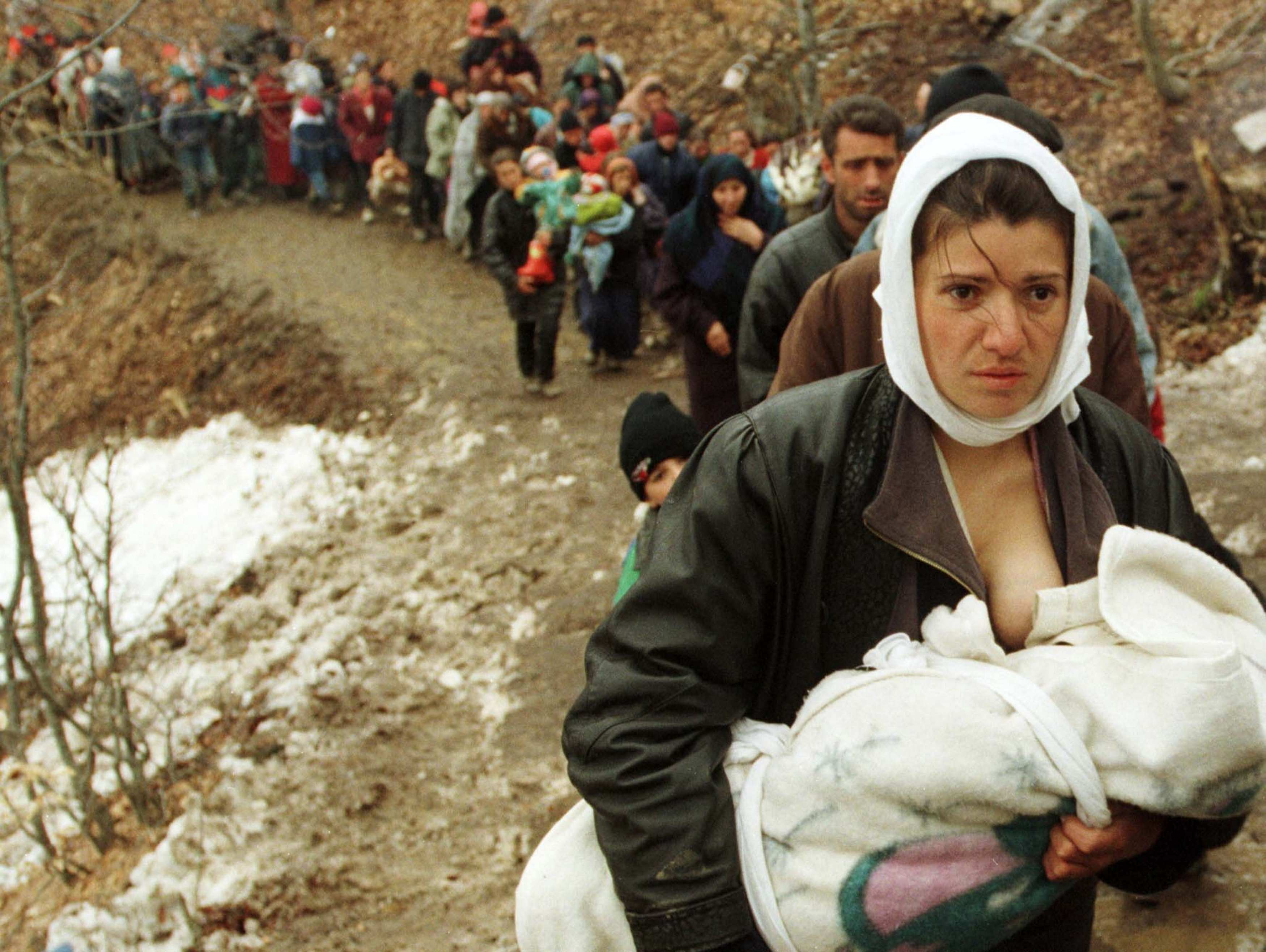 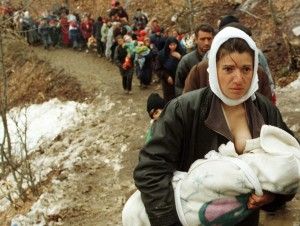 An ethnic Albanian woman feeds her baby as she and another 2,000 refugees, displaced by the war in Kosovo, are allowed to enter Macedonia in the mountainous region near the border crossing of Blace in this March 30, 1999 file photo. More than 2,000 Kosovo refugees entered Macedonia after crossing the mountains in south Kosovo overnight. The refugees were blocked by the Macedonian army for several hours and spent the night in the forest, but were later allowed to enter Macedonia after UNHCR officials put pressure on the Macedonian government.