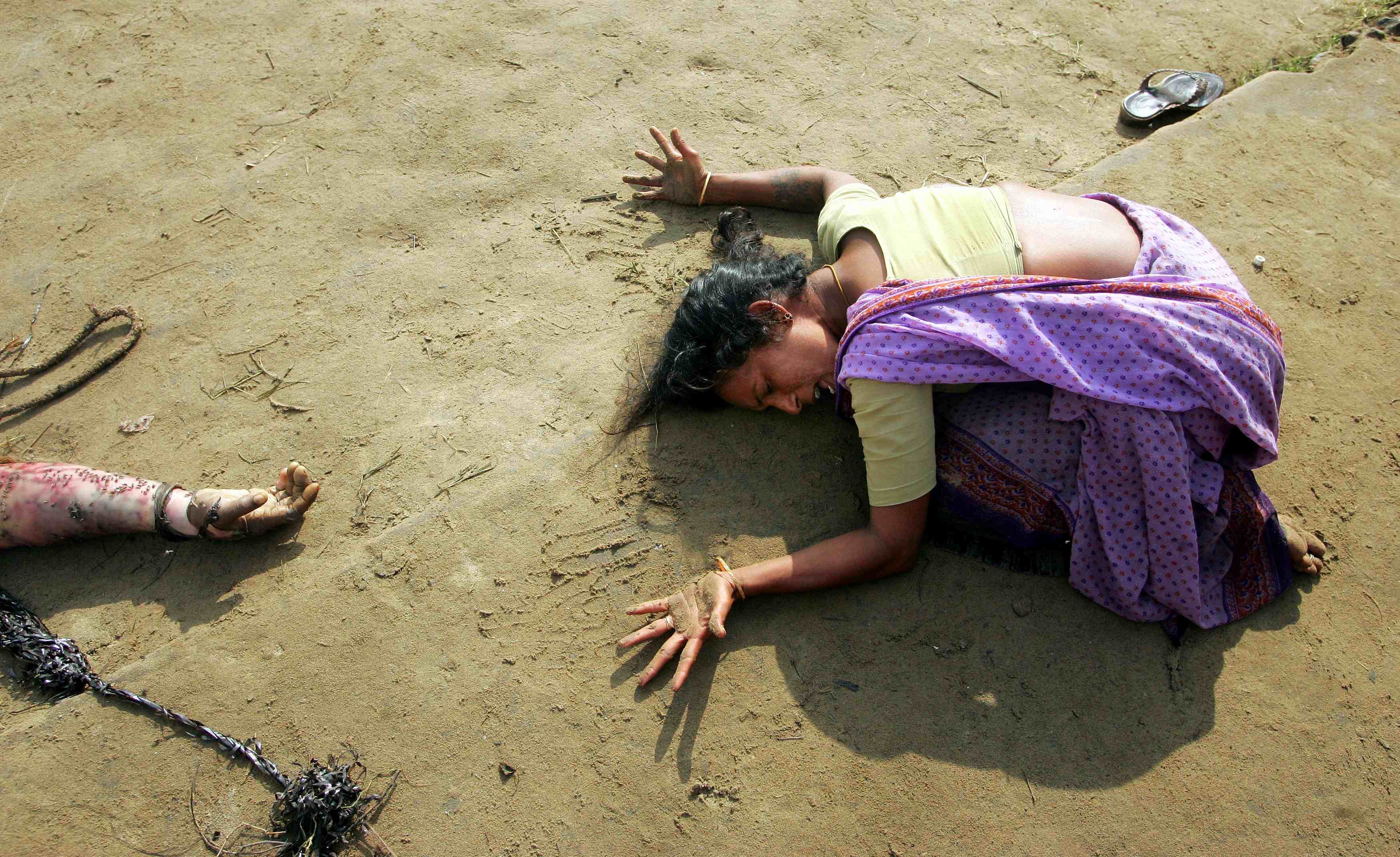 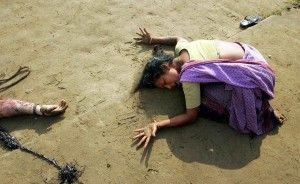 An Indian woman mourns the death of her relative (L) who was killed in the tsunami in Cuddalore, some 180 km (112 miles) south of the southern Indian city of Madras in this December 28, 2004 file photo. The South East Asia Tsunami killed 230,000 people in 14 countries. It was one of the deadliest natural disasters in recorded history. Indonesia was the hardest-hit country, followed by Sri Lanka, India, and Thailand. REUTERS/Arko Datta/Files (INDIA – Tags: DISASTER ENVIRONMENT TPX IMAGES OF THE DAY)