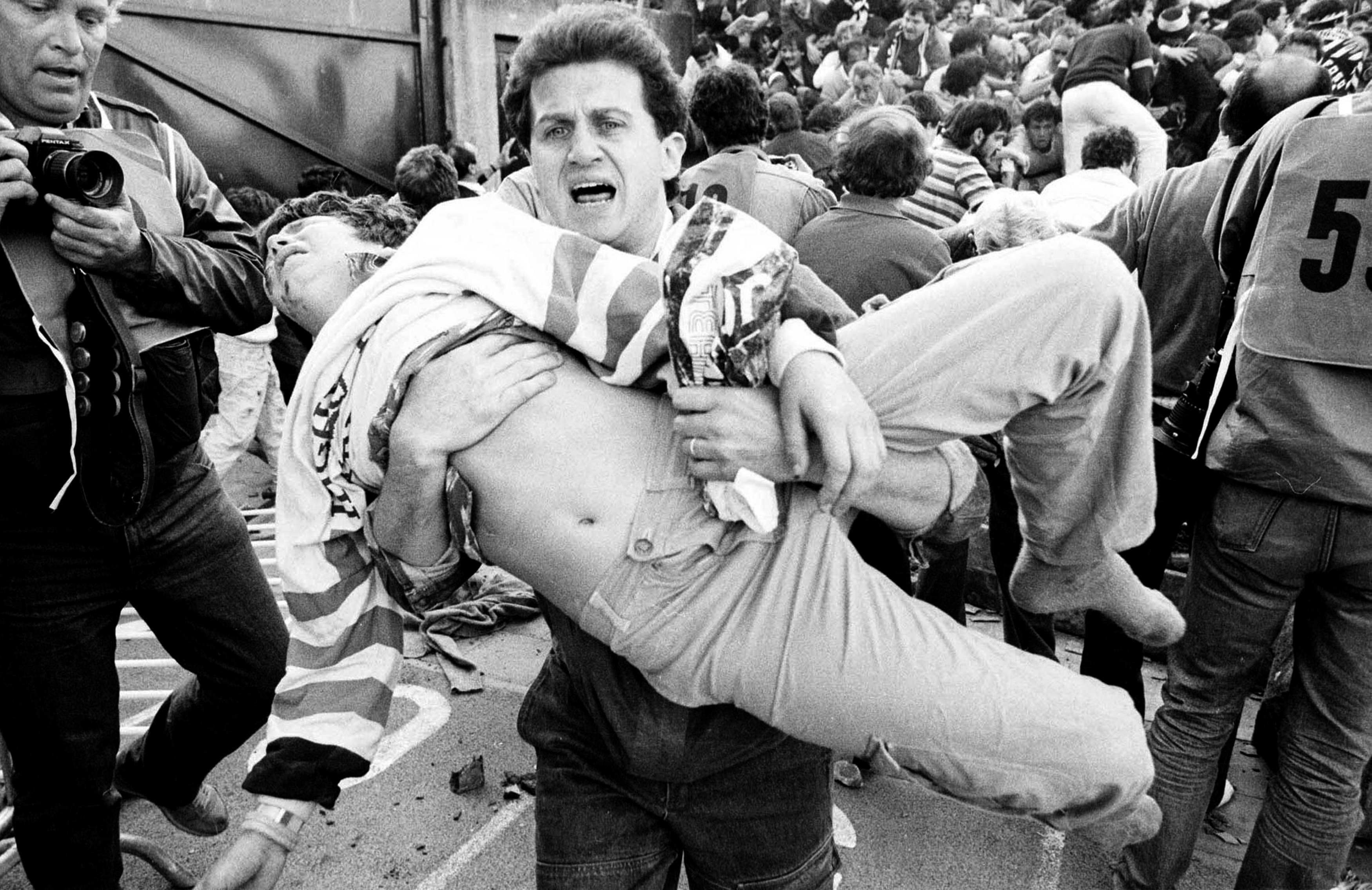 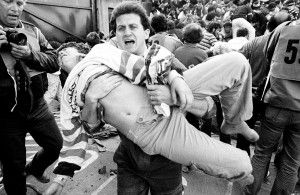 An injured soccer fan is carried to safety by a friend after a wall collapsed during violence between fans before the European Cup final between Juventus and Liverpool in this May 29, 1985 file photo at the Heysel stadium in Brussels. 39 people died, and a further 600 were injured. REUTERS/Nick Didlick/Files (BELGIUM – Tags: DISASTER SPORT SOCCER TPX IMAGES OF THE DAY)