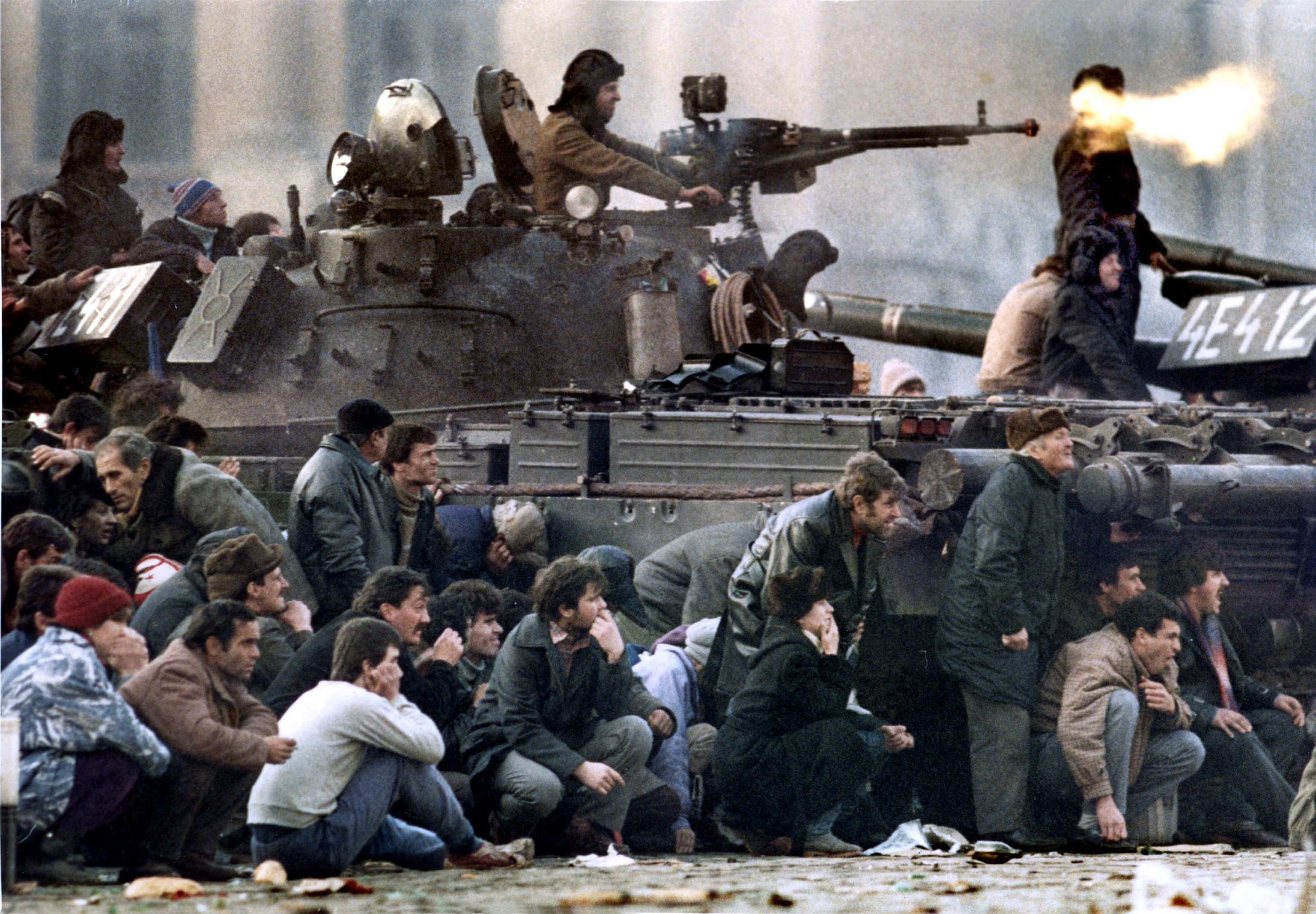 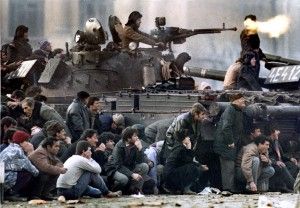 Bucharest’s residents protect themselves from the crossfire during clashes in the Republican square in Bucharest December in this 23, 1989 file photo. Charles Platiau: On December 22 1989, my mind was still full of memories of covering the fall of the Berlin Wall. I was ready to celebrate Christmas with my family, but the Romanian communist dictator Nicolae Ceausescu changed my plans.

My boss and I were watching Ceausescu leave Bucharest by helicopter live on TV. I rushed to the airport and was lucky to board a flight chartered by the Medecins du Monde humanitarian organisation. We landed at in Bulgaria and took a taxi to the Romanian border. Luckily the border was not closed and I hitch-hiked a ride to the capital on a truck. At noon I simply took the metro to arrive in downtown Bucharest in the middle of heavy gunfire. No helmet, no bullet proof jacket, only the enthusiasm of youth and the joy of witnessing a historical event: a revolution.

With my 300 mm 2.8 and an extender, I shot residents protecting themselves in the crossfire between an army tank and pro-Ceausescu troops during clashes in Republican square. No time for more pictures, just enough time to process and send a lone color print to reach Sunday newspaper deadlines.There were only two phone lines at the hotel, and scores of reporters arriving to file their stories. I kept the phone line open and did not hang up for 10 days in order to transmit pictures and stories.

The picture made the front page of most international papers. It was not the best picture of the revolution but one of the first color pictures to hit the media market. It reminds me how hard it was to get around with cases of heavy equipment (80 kg of gear including an enlarger, photo paper, a transmitter, a typewriter). REUTERS/Charles Platiau/Files (ROMANIA – Tags: CIVIL UNREST POLITICS TPX IMAGES OF THE DAY)