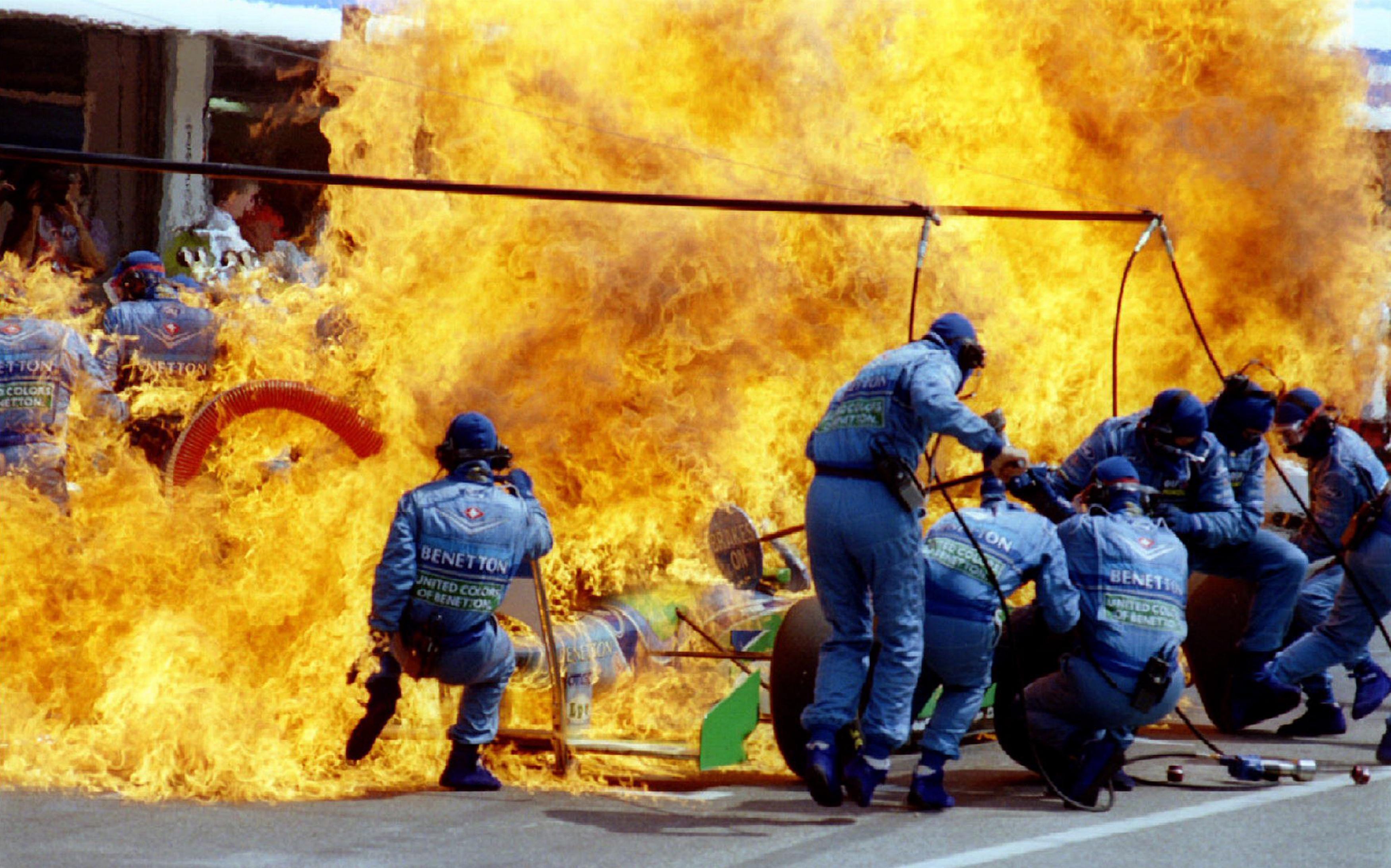 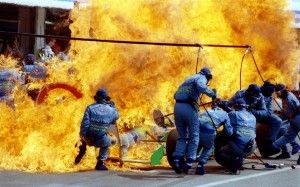 Petrol sprays on the Formula One racing car of Netherland’s Jas Verstappen seconds before the car and the crew of Benetton Ford caught on fire during refueling at the German F-1 Grand Prix in Hockenheim in this July 31, 1994 file photo.

Joachim Herrmann: I was covering the F1 race in Hockenheim, Germany and was one of the photographers on the pit wall during the race.

Benetton’s Jas Verstappen’s team had problems while refueling his car: petrol was spraying all over the place before the car caught fire. The fire was extinguished quickly and the driver suffered minor injuries.

It was the first time such an accident had occurred and I got all the right moments: the spraying petrol, the fire, the driver getting out of the car. I used a Canon with a 2.8 70/200 mm lens.

The picture got wide, global play and it is one of the pictures I am known for. People still mention it in conversation, even though it was taken in 1994.

It was challenging not to overshoot because on film you only have 36 frames. I was not sure how many frames I still had, so I had to shoot frame by frame and get all on that one roll of film. What’s more, I couldn’t return to the pit wall after leaving, which meant I had to find a way to ship my film to my editor – it worked perfectly with the help of an official. REUTERS/Joachim Herrmann/Files (GERMANY – Tags: SPORT MOTORSPORT TPX IMAGES OF THE DAY)