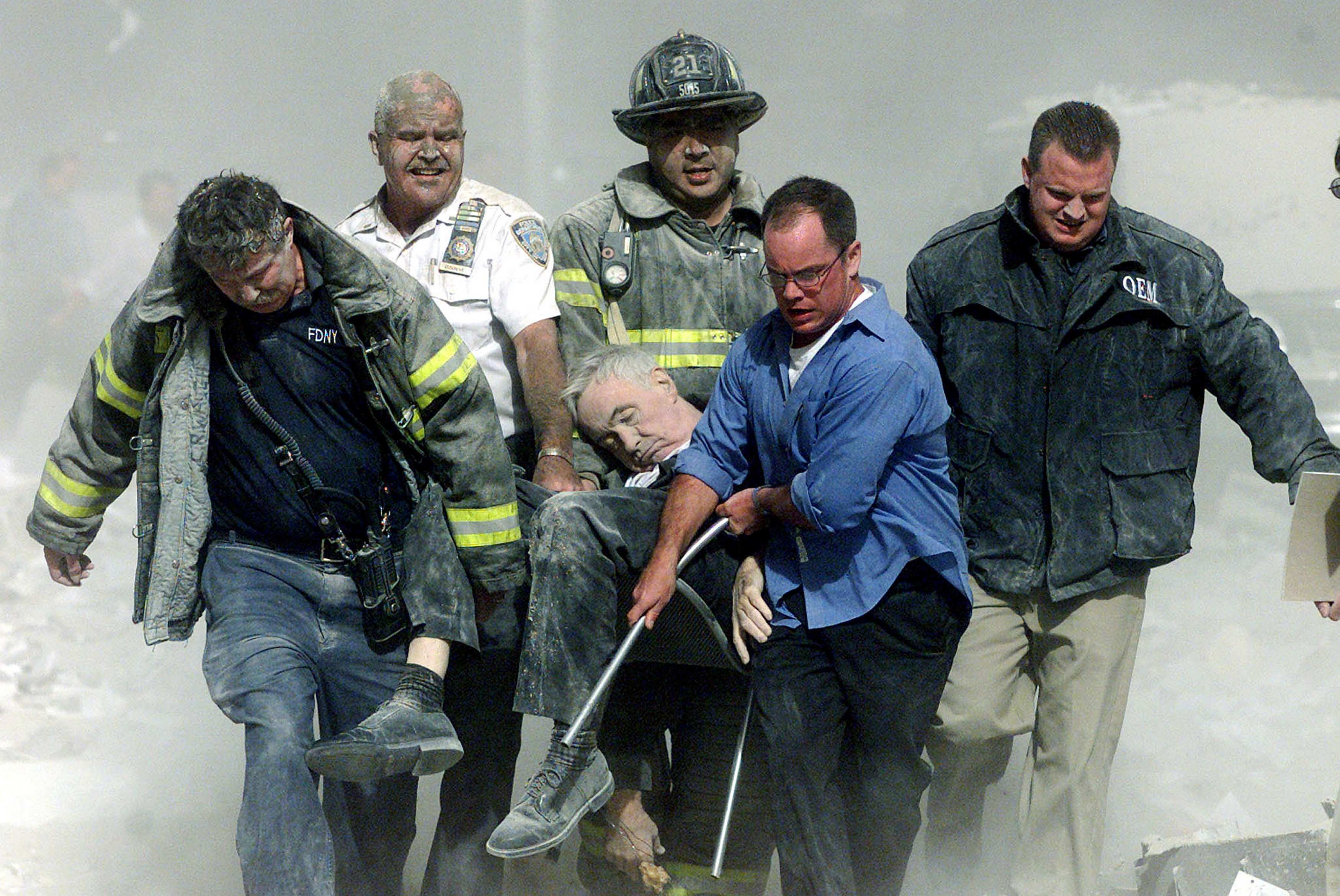 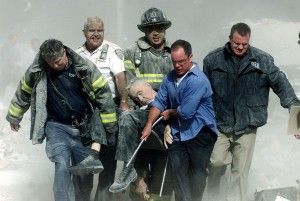 Shannon Stapleton: I will never forget the phone call from my bureau chief on the morning of September 11, 2001.

«Shannon. A plane has hit the World Trade Center. Can you get down there as soon as possible?»

I went to Times Square and looked at the jumbotron where people were starting to gather. Images of the first tower on fire were being shown.

I made it by subway to Canal Street. Upon emerging from the station I saw people were running and screaming away from the World Trade Center site.

It was at that point I knew I was about to cover probably one of the biggest stories of my young career right here in New York City, not somewhere far away that I had only seen in magazines.

I gathered my gear, which at the time was one of the first digital cameras, the Kodak DCS 520, and my Contacx G20 film camera with B/W film, and ran towards the towers.

Through the clouds of dust and shards of metal I noticed a group of men carrying a man slumped in a chair covered in dust. Time stood still. It struck me that among all this chaos these five men were carrying a man I knew was dead out of the rubble. I took several photos of them carrying him out as they yelled at me to get out of the way.

I had no idea that the man they were struggling to get out of there was Father Mychal Judge, the Chaplain of the FDNY and the first reported death at the World Trade Center.

I met the guys who carried him at the first 9/11 anniversary; they thanked me for taking that picture. They felt it was important that all know the story of Father Judge and that I had made that possible. REUTERS/Shannon Stapleton/Files