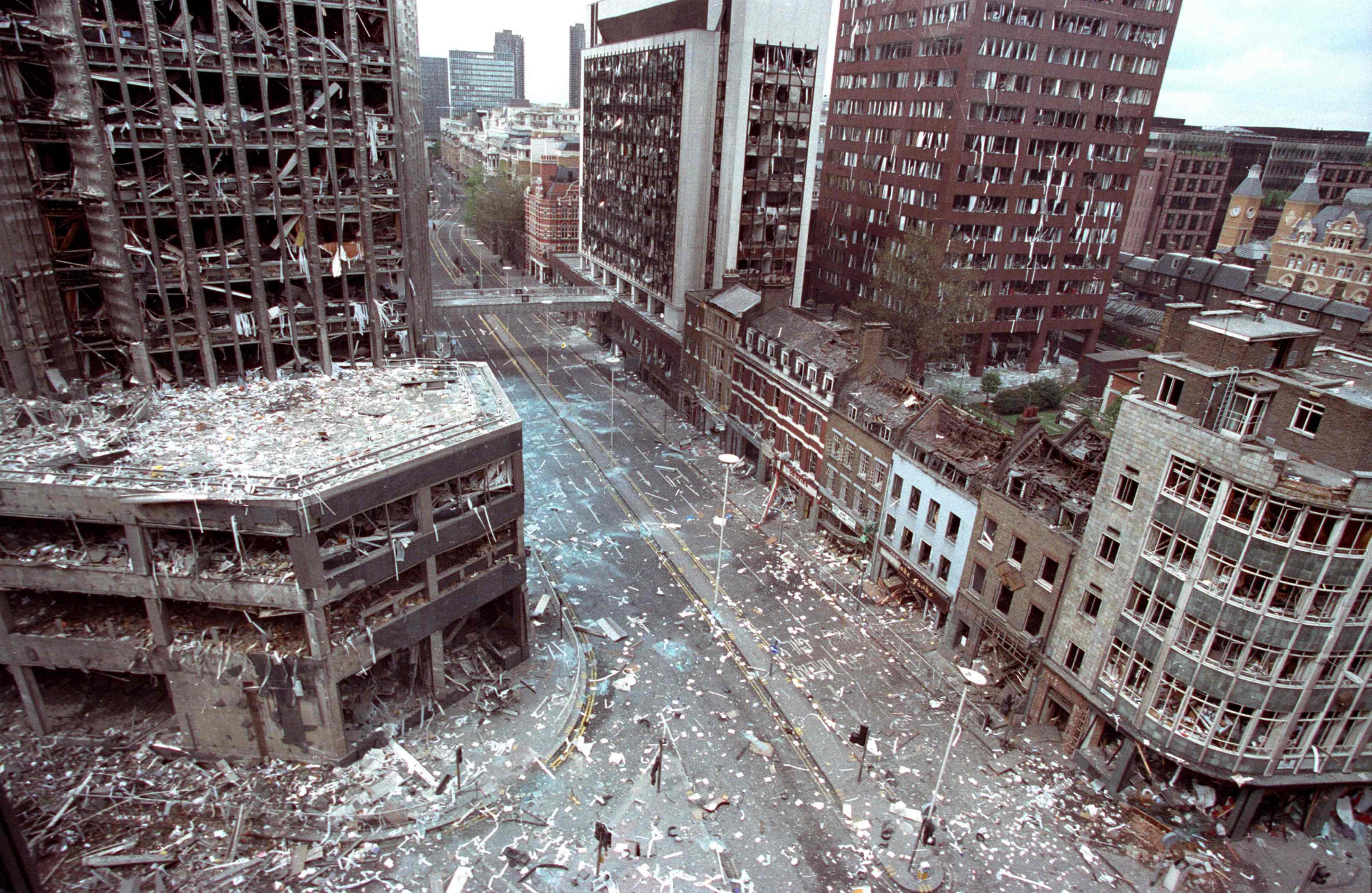 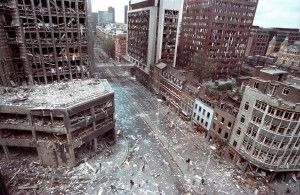 The bomb damaged area of the City of London is seen in this April 24, 1993 file photo after two blasts ripped through the buildings in the area. Dozens of people were injured in the blast caused by IRA bombs. REUTERS/Andre Camara/Files (UNITED KINGDOM – Tags: CIVIL UNREST TPX IMAGES OF THE DAY)