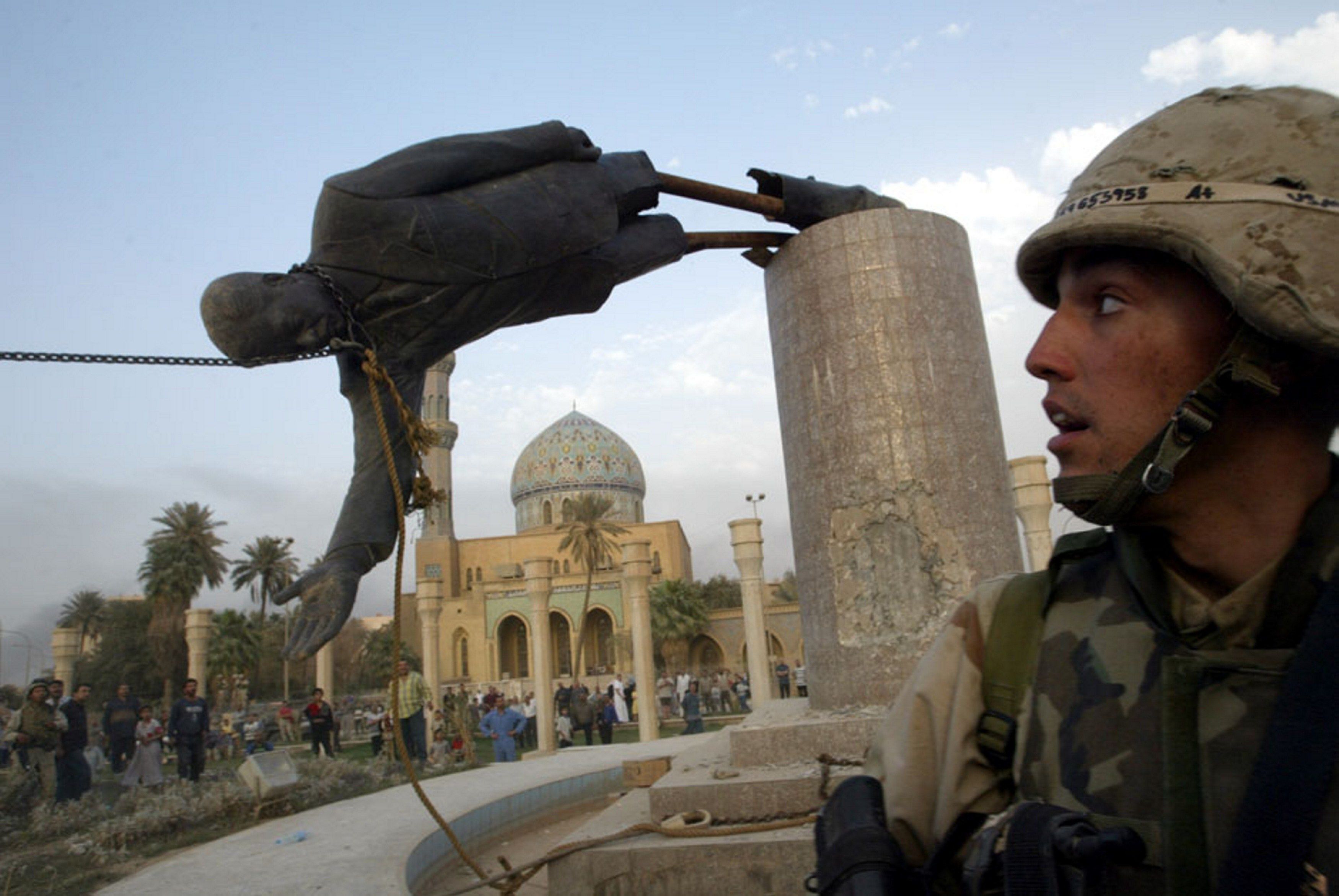 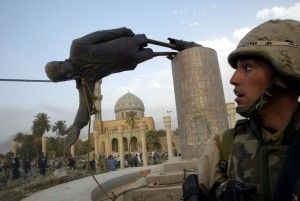 U.S. Marine Corp Assaultman Kirk Dalrymple watches as a statue of Iraq’s President Saddam Hussein falls in central Baghdad in this April 9, 2003 file photo. U.S. troops pulled down a 20-foot (six-metre) high statue of President Saddam Hussein in central Baghdad and Iraqis danced on it in contempt for the man who ruled them with an iron grip for 24 years. In scenes reminiscent of the fall of the Berlin Wall in 1989, Iraqis earlier took a sledgehammer to the marble plinth under the statue of Saddam. REUTERS/Goran Tomasevic/Files (IRAQ – Tags: TPX IMAGES OF THE DAY CONFLICT)